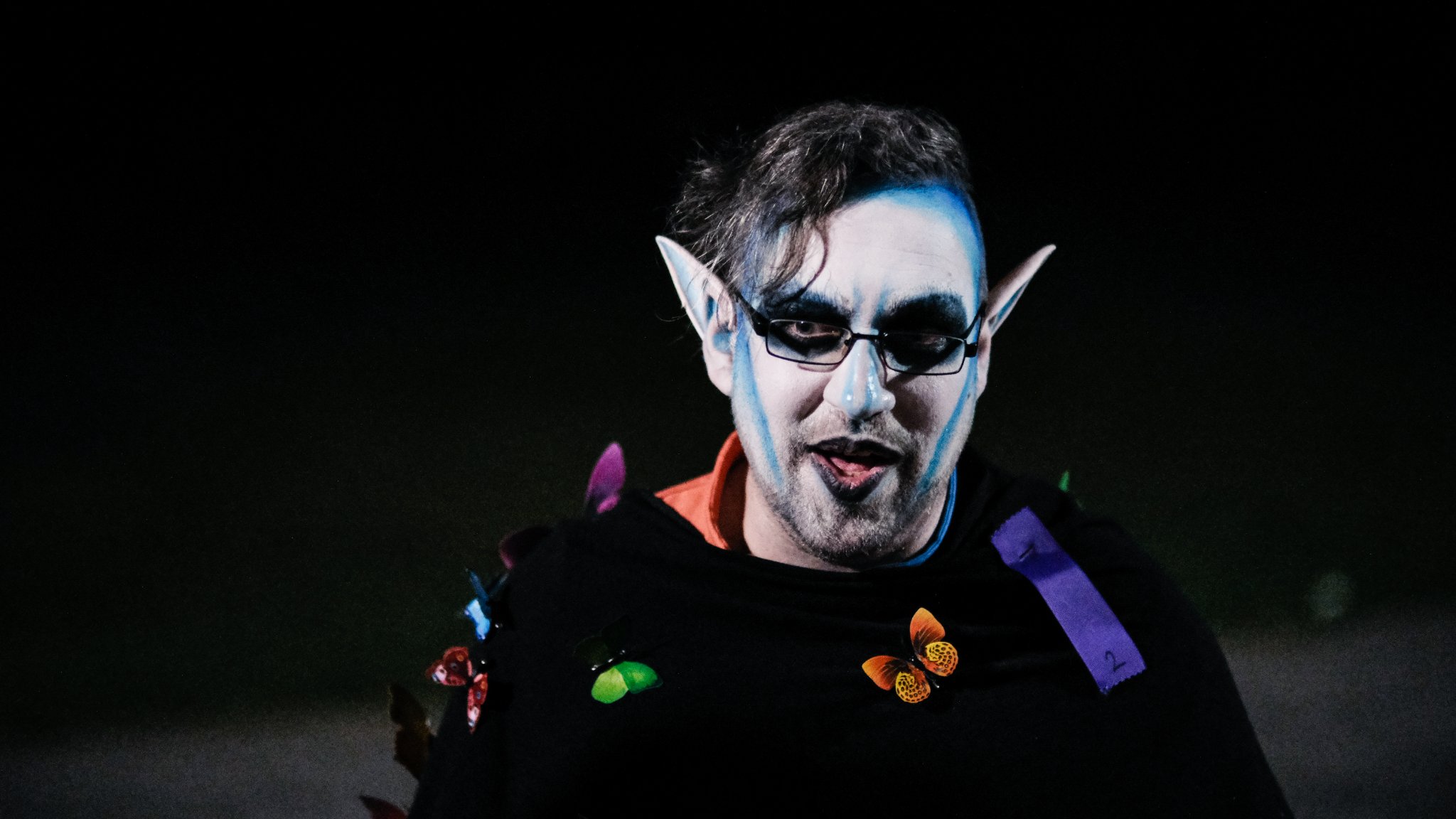 There was a time, not so very long ago, when the term “Kiasyd” referred to what were essentially a special kind of Caitiff resulting from misguided Cainites’ attempts to embrace fae-touched humans, either by accident or on purpose.  Those few that survived were forlorn creatures, shunned by society and their sires alike, and having lost all memories of the glamorous other world they once knew.

Now it refers only to the descendents of the Prince of Strasbourg, Hrotsuitha – childe of a Lasombra who was warped and twisted by strange magics and voyages deep into the Abyss.  She and all her brood look inhuman and are hated by the Camarilla and Lasombra elders alike; naturally, they fit in perfectly with the Anarch Revolt.

In the late 11th century, an elder Lasombra Abyss Mystic called Hrotsuitha traded with a travelling wizard for something labelled “the blood of Zeernebooch, god of the Underworld.” Working with her broodmate Marconius, she mixed this blood with that of a captured fae, which the pair then drank before journeying into the Abyss.  Of the two, only Hrotsuitha returned, and she did so changed both physically and spiritually.

Needless to say, the Amici Noctis were profoundly displeased at the loss of Marconius and the transformation of Hrotsuitha.  At a specially-convened Court of Blood, Hrotsuitha was sentenced to to be entombed within an oubliette inside Castel d’Ombro.  There she lay for the next 300 years.

In the early 15th century, Gratiano de Veronese – youngest childe of Lasombra itself – conspired with Anarchs to murder his sire.  They rampaged through the corridors of the Castel d’Ombro, killing and devouring Gratiano’s Cainite siblings but did not find the Antediluvian.  Searching the castle in a rage, Gratiano found and freed Hrotsuitha from her captivity; centuries alone in the Abyss had made her both stranger and more powerful, and the two became friends despite the much-younger Gratiano having just murdered her sire along with the other Clan elders.

Gathering her brood around her, Hrotsuitha made for Strasbourg, where she drove off the Ventrue Prince’s court and claimed Domain for herself.  She then directed her childer to take for themselves the blood of all other so-called Kiasyd; now her bloodline are the sole claimants to that name.  The elders of the nascent Camarilla, and the Ventrue in particular, hold Hrotsuitha and her descendents to be dangerous enemies, and the feeling is entirely mutual. However, when Gratiano called on Hrotsuitha to help him kill his sire, she declined, which has strained their relationship.

Kiasyd don’t seem to enjoy each other’s company, which seems odd to outsiders given that the bloodline have so little in common with everyone else.  After a scant few decades of instruction, most sires have had enough of their childer and release them into the world, ideally never seeing them again.  Perhaps it is the collective guilt of what they wrought on all other fae-touched Cainites which drives this strange behaviour.

Kiasyd typically choose abandoned buildings as havens, fervently keeping their locations secret, as protection from other Cainites.  They typically accumulate vast collections of trinkets and books.  Most Kiasyd spend years building up their havens, improving security, library facilities, and other amenities. They are fiercely protective of their homes, and they do not allow guests without explicit invitations. When they do invite guests, however, they treat them well, offering vintage vitae, comfortable rooms and, of course, plenty of reading material.

Kiasyd Embraces are painful and tragic. When a Kiasyd Embraces someone, her mix of vitae and fae heritage threatens to tear the poor childe apart, causing a period of physical and emotional anguish that can last for weeks. A childe is generally chosen for their excellent grasp of etiquette and intellectual prowess, in the hopes of making a pleasant companion or helping their sire carve out a niche.

Kiaysd cast no reflections. Whether in a mirror or in a body of water, the Kiasyd’s image does not reflect.  Kiasyd cannot pass for human without supernatural aid, such as Obfuscate, as they look profoundly inhuman, which creates a costuming requirement:

No Kiasyd player character can be an ancilla or elder, though we may allow applications for Kiasyd of equivalent Generation Embraced within the last eighty years.